Couldn’t decide if I wanted a flan patissier with vanilla or chocolate. So I made both in one, creating this nice two-layered vanilla chocolate flan patissier.

Flan has so many different variations with each country having its own flan, egg tart, pasteis de nata and so on… It initially is based on British custard cake than have spread across Europe first and then the world throughout the time of colonisation. 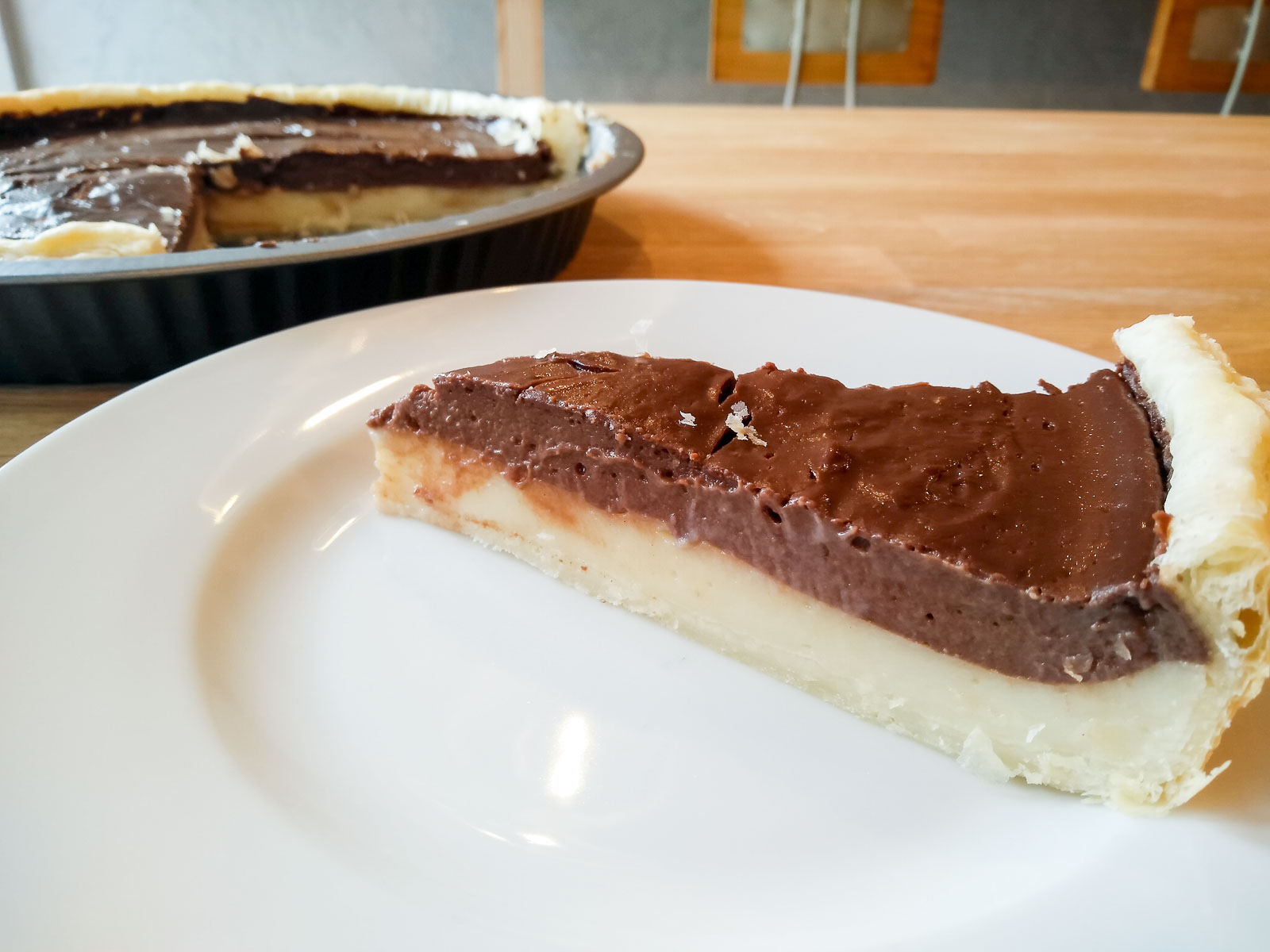