Millefeuille is another pastry that you can find in any boulangerie in France. Commonly flavored with vanilla pastry cream, I made this raspberry millefeuille for Valentine’s Day (I know I’m late) with raspberry pastry cream.

I decided to use the raspberry pastry cream to have a refreshing flavor of raspberry to it and to add a romantic vibe.

Traditionally, a millefeuille is made up of three layers of puff pastry, two layers of pastry cream and the top layer is glazed with icing or fondant in alternating white icing and brown stripes then combed.

The French name (Thousand-leaf) of this pastry refers to the large number of layers of puff pastry. With the traditional method of preparing puff pastry, made with six folds of three layers your millefeuilles will have 729 layers we are still far from the thousand. 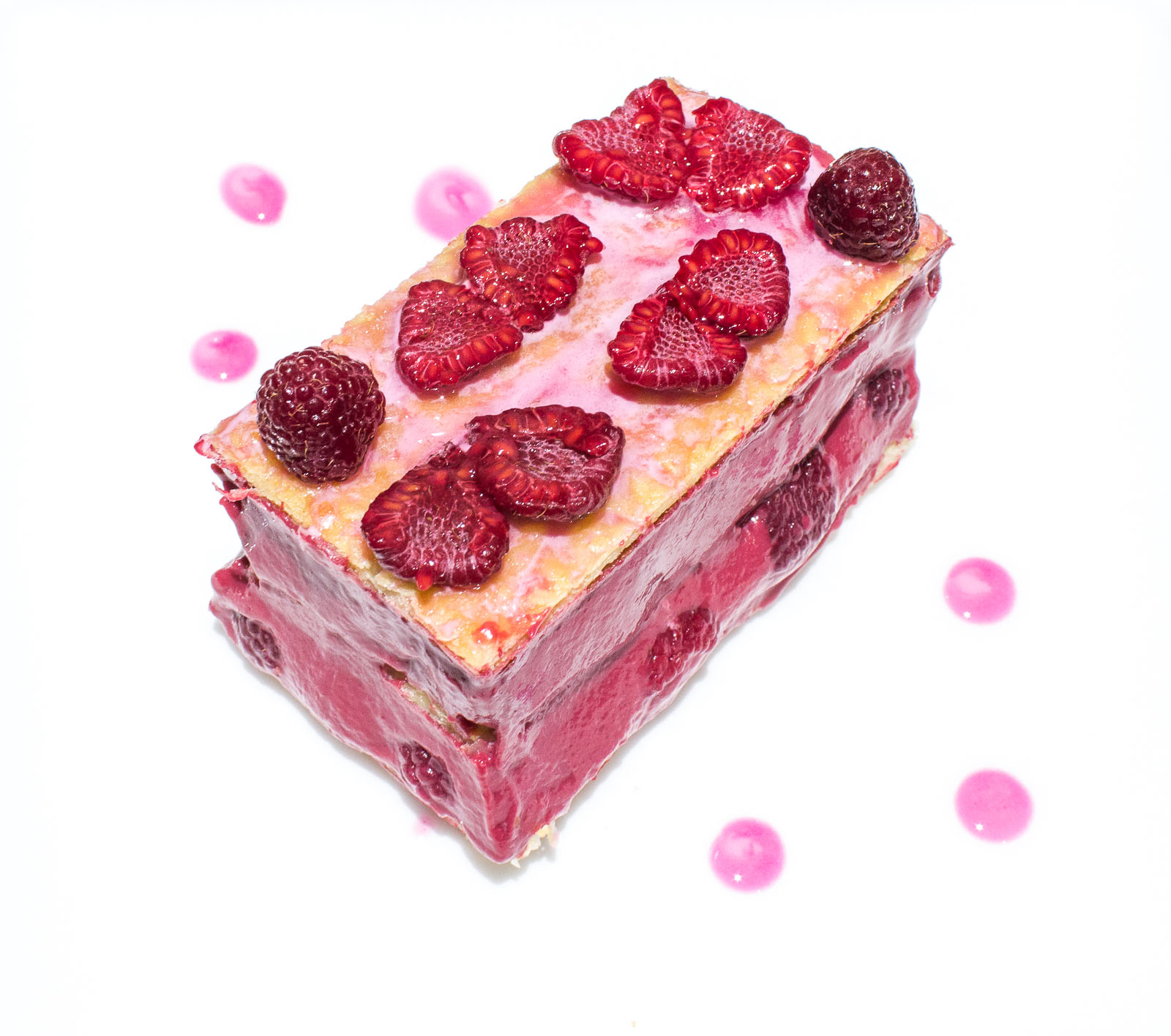