Paris-Brest, is a pastry that comes in a shape of a circle filled with hazelnut cream with toppings. As of today different versions exist with various kind of cream and nuts like pistachios and almonds…

Unfortunately for the many English speakers out there, despite how it’s pronounced the dessert itself has no resemblance to a woman’s bosom. Yes, it’s a common misconception assumed among English speakers in that the origin of the pastry is sexual or that the dessert comes in a particular dome shape.

In fact the origin itself might not be the first thing to come to mind.

The supposed origin is of a newspaper editor wanting bicycle use to become popular in the town of Brest and decides to launch a bicycle race from Paris to Brest. He wanted to promote the race and asked a pastry chef by the name of Louis Durand who eventually created this famous dessert in 1910.

The Paris-brest is shaped like a bicycle wheel to celebrate the cycling race and can be found in nearly every bakery in France; it is one of the classics. Furthermore, it has recently been popping onto numerous menus in the US. It’s one of those desserts that people in the states might not be know much about but only look over other tables and tell the server, “I want that!”

Note: 2 big Paris-Brest were made which serves for 30 people but ingredients can be adjusted based on the number of people. 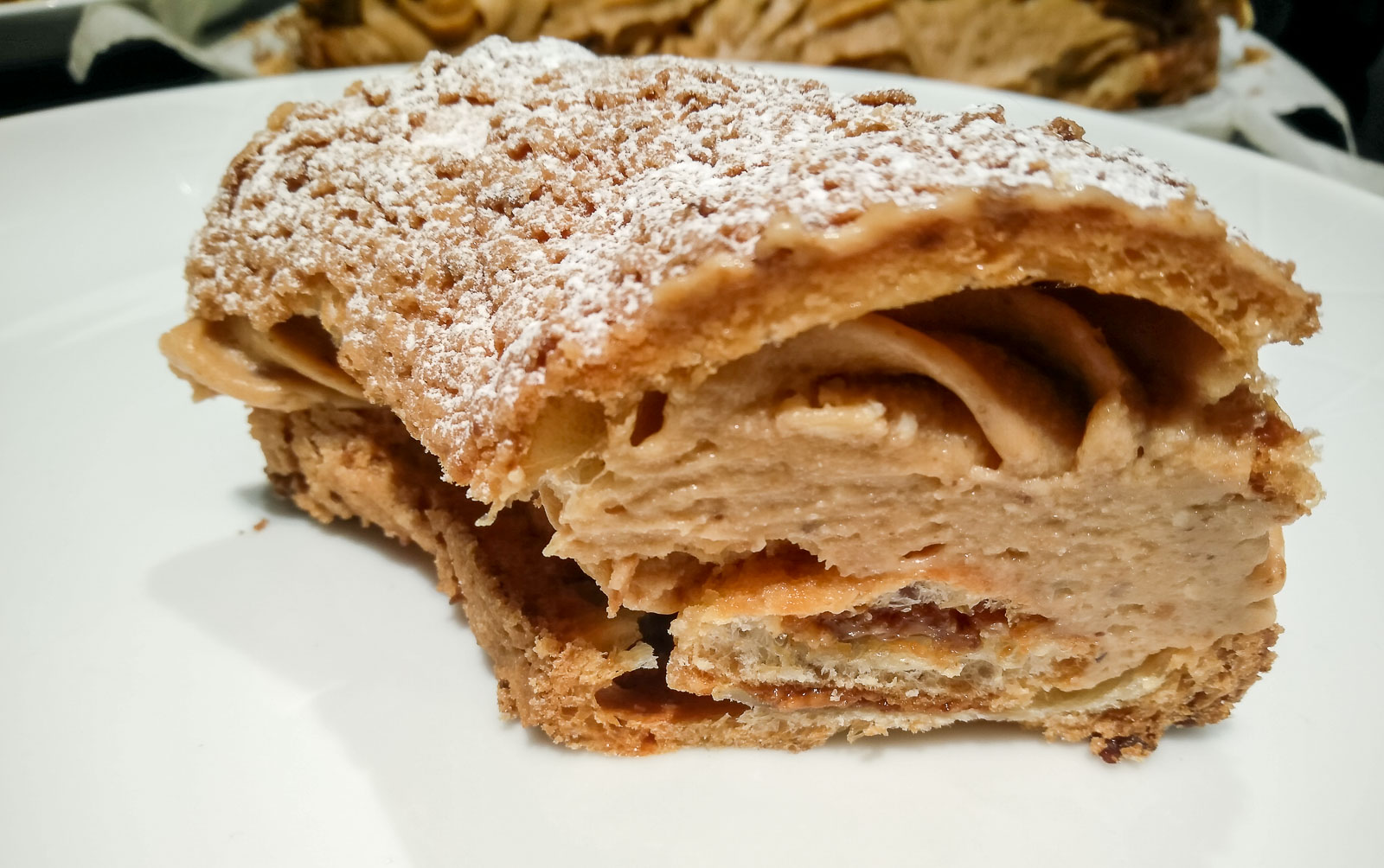