Banana punch cake! Punch because of the Caribbean flavors of rum, vanilla and orange that are incorporated into the banana cake, an American classic. Bananas need to be over ripped; this is when they give their strongest flavors.

Banana bread became popular in the US during the 1930s, in the middle of the Great Depression. People were trying to waste as little as possible and started to make bread using over ripped bananas and baking powder, which was readily available.

A little fun fact but bananas were introduced into the US in the 1870s becoming an instant hit. Even to this day, it is the most consumed fruits in the US! You can only imagine how many of those end up in banana bread recipes!

Best eaten at room temperature and can be kept in cling film up to 3 days in the fridge. 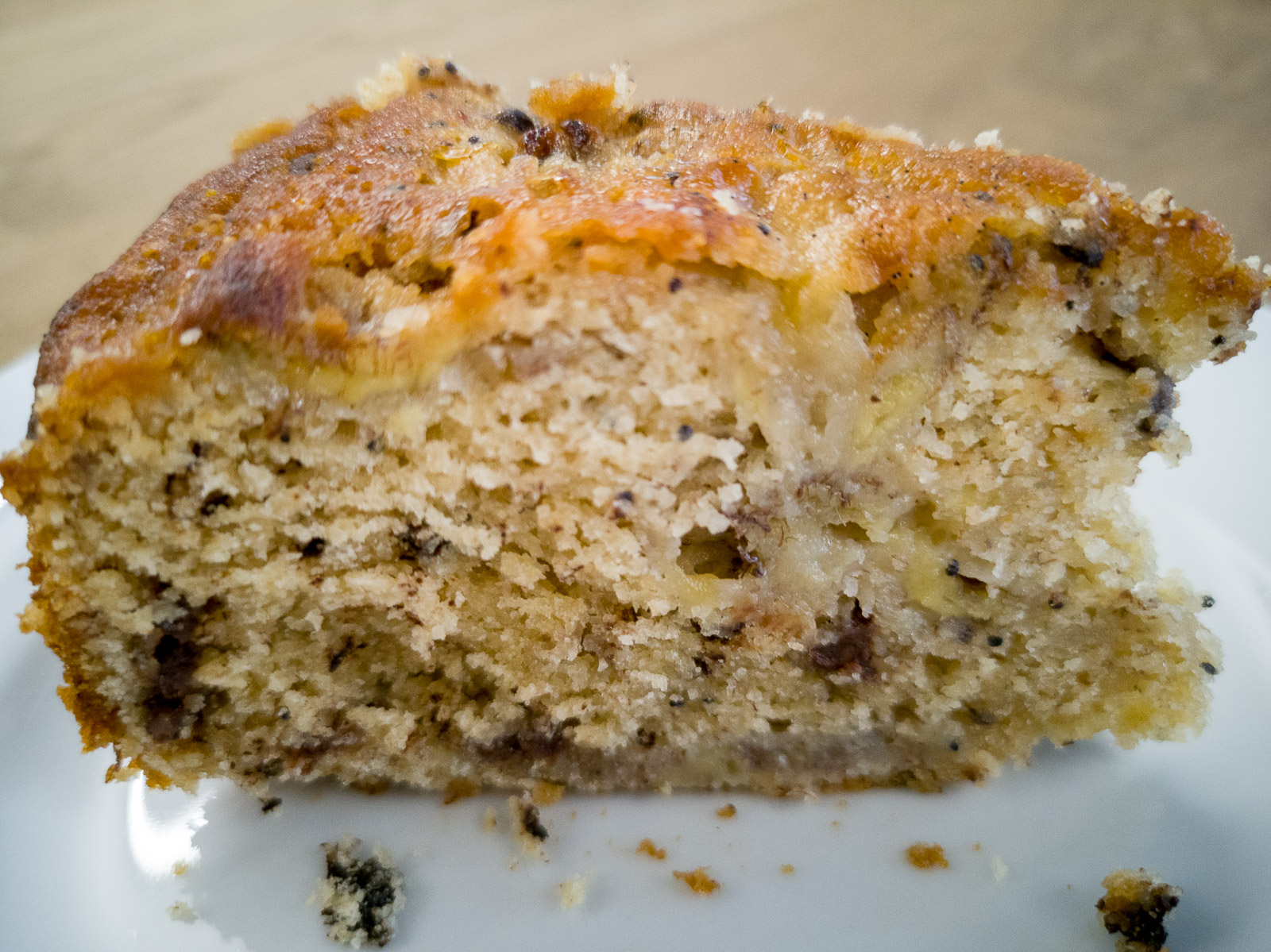